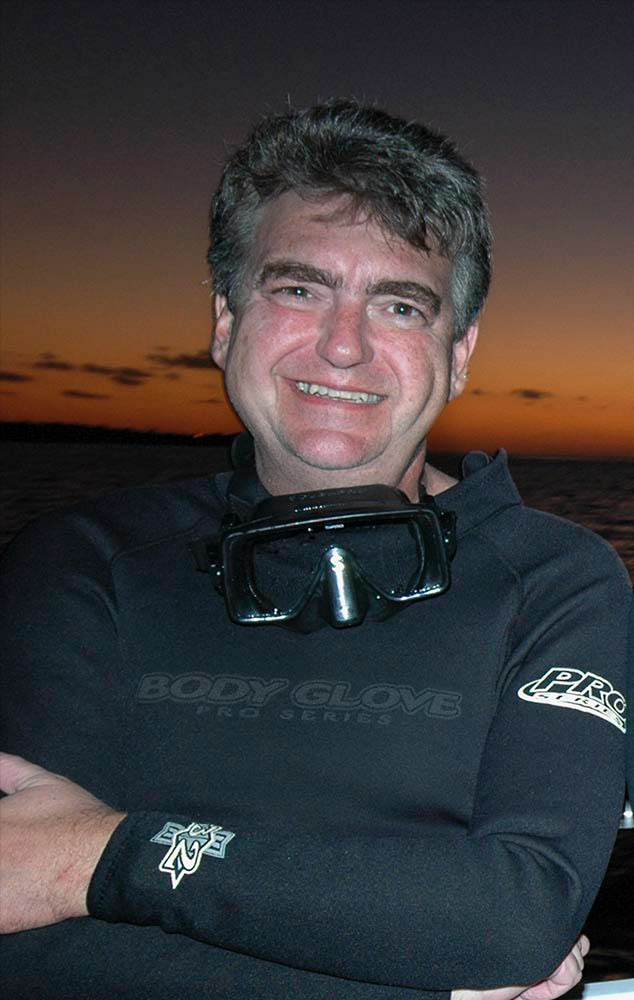 Underwater photographer and digital imaging specialist Jim Hellemn creates images of extreme proportion, using specialized lighting and multiple images to capture incredible underwater landscape images of coral reefs and ocean environments. One of his recent projects, a 2400 megapixel image of a California Giant Kelp Forest, has been reproduced at life size in glass panels at the front of the Aquarium of the Pacific in Long Beach, California. The photograph itself is unique – underwater photographs are extremely limited in resolution and coverage without the techniques that Hellemn uses. “When you back up to take a wide shot, everything turns blue and fuzzy because water aborbs all the red and yellow light and obscurs details”, Jim explains. To solve the problem, Jim developed his own equipment and methodology. He pioneered the technique of using computers to stitch multiple images together to create seamless panoramas and created the first “gigapixel” image in 1999. As a result, Jim’s images contain up to 500 times more pixels than a typical photograph and are able to capture the vivid colors and details across a wide field. The aquarium project represents another important aspect of Hellemn’s work; public awareness and ocean conservation. Jim’s images offer a unique way to appreciate a part of our environment that very few people get to experience. Once people make the connection with the ocean as an important part of their own environment, Hellemn hopes they will instinctively want to protect it.

Jim has been involved in photography since the early 1980s ranging from commercial studio photography to scientific applications using high-speed cameras and laser imaging systems. In the early nineties he was part of the development team of a new underwater laser scanning system and traveled around the world with the system conducting underwater search and survey operations and supporting oceanographic research. Later he began to experiment with underwater lighting and composite images, leading to the nearly two year project he undertook to produce the Bloody Bay Wall image.

Jim has been creating high resolution ocean images since 1999, when he completed the first gigapixel image of a coral reef wall in the Cayman Islands. The 1.7 gigapixel photograph of Bloody Bay Wall (“Portrait of a Coral Reef”, National Geographic Magazine Oct 2001) was the highest resolution photographic image ever produced at the time. In 2006 he was commissioned to produce a coral reef image large enough to cover the side of a building in Grand Cayman. The resulting image, rendered in tiny, hand-cut Italian glass tiles, covers an inside wall of the Camana Bay Observation Tower, where visitors can walk up a coral reef on their way to the observation deck. 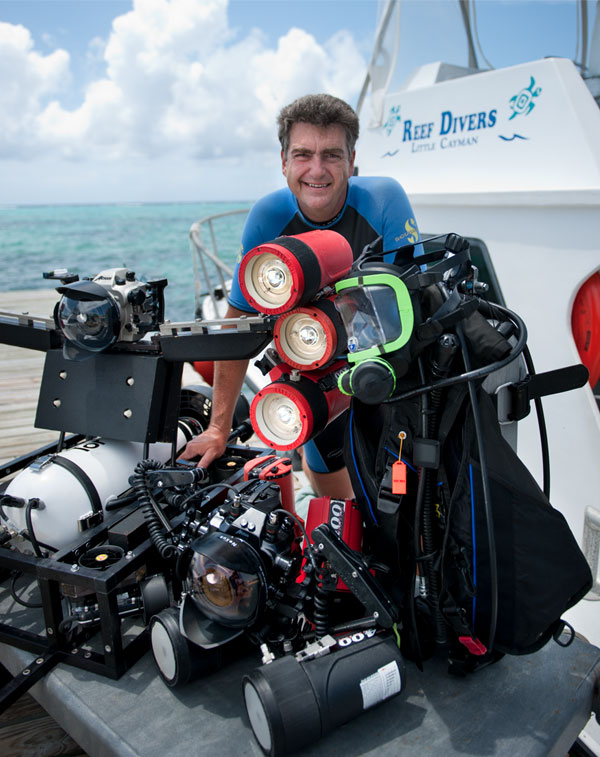 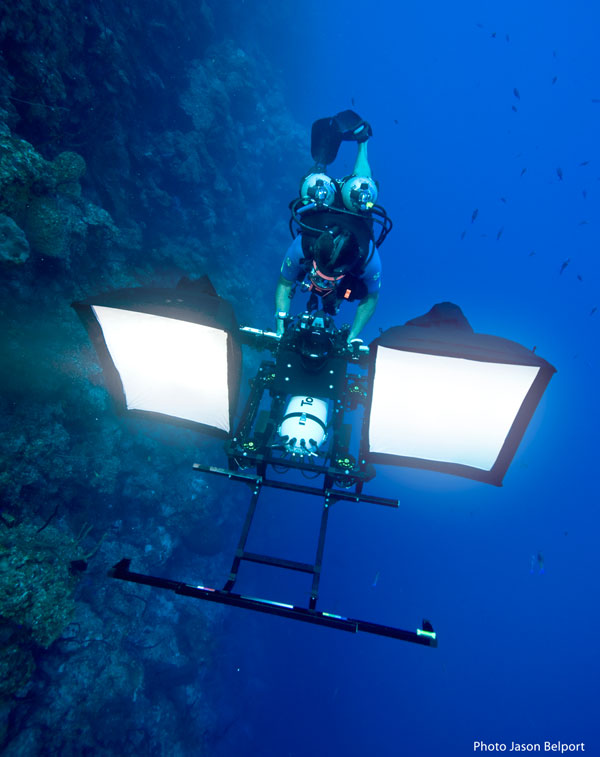 Return to Bloody Bay and Creatures of Light

Jim Hellemn’s painstakingly stitched pictures have also given scientists a valuable yardstick for making ecological comparisons. In 2010 he returned to Bloody Bay Wall to create a matching image of the site a decade later, working with a team of researchers studying the changes in the reef over time. Another project at the same site investigates coral fluorescence, and the project results are displayed in a traveling exhibit called “Creatures of Light”, which began at the American Museum of Natural History in New York and appeared most recently at the Field Museum in Chicago.

Jim continues to focus on coral reefs and sees environmental awareness and public outreach as a chief goal. His current work focuses on creating underwater landscapes in all of the “hotspots” of marine biodiversity around the world identified by researchers and rated for number of endemic species and endangerment.